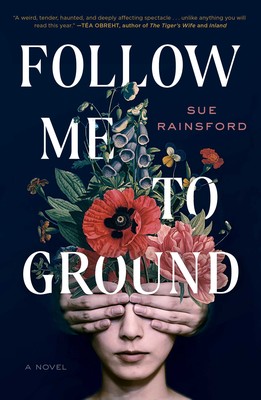 Henry Law Henry Law
It was easy to forget they’re not like us.

You could be looking at Miss Ada and talking to her simply, and then she’d say something like

Take into account the evenings are getting long, Mr. Law.

Her father too. We’d be talking easily enough and then all of a sudden I’d remember he knew my pop and all my uncles from the day they were born till the day they died.

I suppose it was easy to forget because they made it easy. They had to, to get by.

Description: Ada and her father, touched by the power to heal illness, live on the edge of a village where they help sick locals—or “Cures”—by cracking open their damaged bodies or temporarily burying them in the reviving, dangerous Ground nearby. Ada, a being both more and less than human, is mostly uninterested in the Cures, until she meets a man named Samson. When they strike up an affair, to the displeasure of her father and Samson’s widowed, pregnant sister, Ada is torn between her old way of life and new possibilities with her lover—and eventually comes to a decision that will forever change Samson, the town, and the Ground itself.

Ada lives in a world defiant of time and place. Her world is shaped by the bleeding of day into night and the certain knowledge of her ability to heal. She doesn’t understand the power of the soil that has infused she and her father with their abilities. She has a vague understanding of her obscure origins, but every day passes just as the one before.

When Ava meets Samson, she starts to question the predictable routine of her days, the arbitrary restrictions imposed by her father, and her purpose. She is inexplicably drawn to Samson, and craves his touch as an affirmation beyond the use she has to others. Ava is wise in her magic, but she is naive in her perceptions of human nature. When Samson finally reveals his flaws, Ava makes a choice that changes the course of her what has been her inimitable existence.

This was a haunting, surreal debut novel. I felt like I was immersed in an obscure folktale rife with sin-eaters and occult magic.

View all posts by andreajanel_reads